We look back over 100-year history and present you as follows an insight of our different periods OBE could experience.  Convince yourself of our permanent precision, quality and innovation. 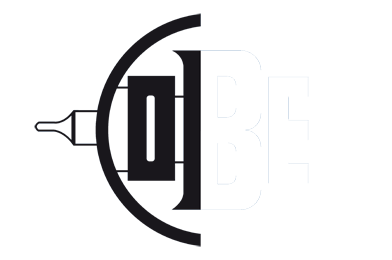 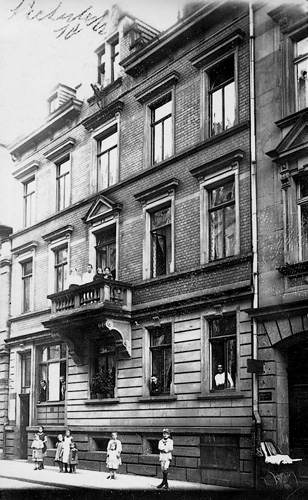 Founding of a mechanical workshop for the jewellery industry by Otto Jonathan Scheuble in Pforzheim in 1904. 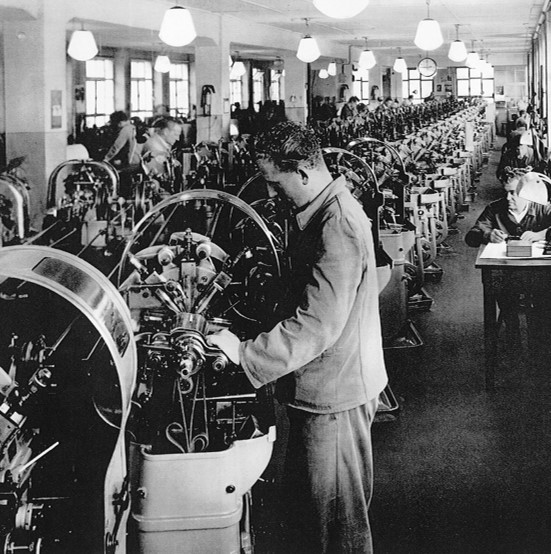 After the beginning of operations in Pforzheim the company Scheuble was thirty years active as a supplier for the jewellery industry. 1934 Friedrich Baumgärtner joins the company and the production of precision components started. New fields were developed due to the technical know- how and innovative spirit of the owners. 1941 the company changed its name into “OBE-Werk” and the moved to Ispringen were five years later the construction of a new production site began. Another production facility in Hoffenheim near Heidelberg was taken over. One year later the first contact with spectacles manufacturers started and the first riveted hinges were launched. 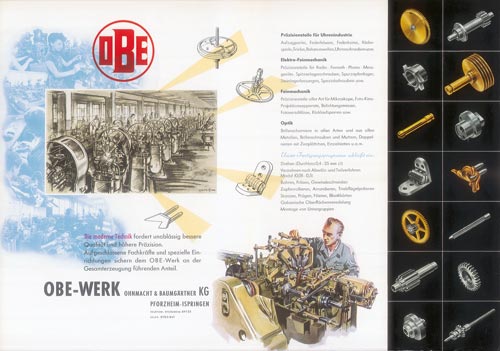 1955 OBE established itself as a supplier to the automotive industry as well as in the industry of radio and television. The Company name illustrates quality and precision more and more over the years, whereby the brand „OBE“ was officially listed as a brand. In the early 60s OBE supplies all major camera manufacturers in Germany and achieved with 1266 employees its record number.

In 1970 the new automatic production in Ispringen was opened and the expansion to the optical sector started. Two years later the first spring hinge was developed. 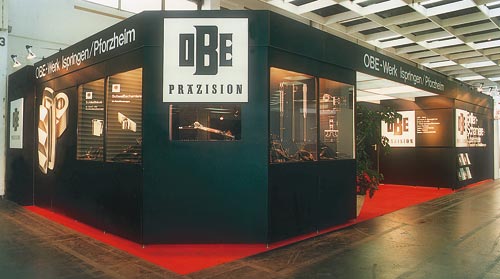 First business relationships in and outside of Europe began and in 1977/88 OBE started to build its first foreign representations. Beside of Italy OBE started a successful cooperation with representations in USA, Argentina, Brazil and France. With visits at fairs within Germany, another channel to reach customer was introduced. Furthermore typical for this period was, that beside of rivet and spring hinges, hinges for soldering and welding came up. 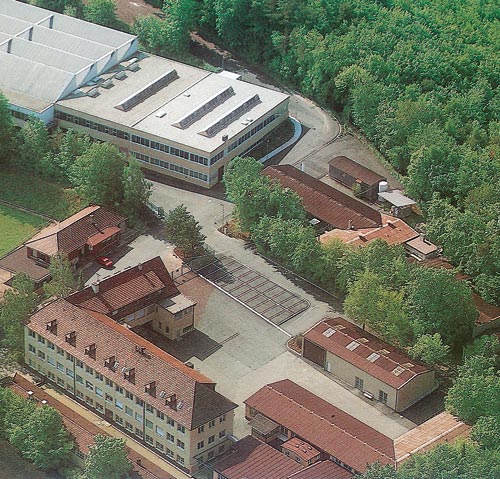 In this period the technique of CNC was introduced within the production of OBE. Furthermore the business processes got more and more digital with the introduction of the IT system. 1988 OBE participated at the fair MIDO in Milan for the first time. Regarding the activities in foreign markets, representations in Japan and South Korea were building up. The product family of spring hinges strongly increases also due to monobloc spring hinges which were introduced. Another milestone was the completion of a new production facility in Ispringen in December 1994, which includes all production processes in one area.

Additional new markets have been developed in this period and 1996 the subsidiaries OBE Italy Srl. And OBE Hong Kong Ltd. was founded. In the same year OBE was certificated with the ISO 9001 certificate for the first time. One year later OBE was online under www.obe.de. In the mid-90s OBE shows again its ability to solve technical challenges and developed the first spring hinge out of titanium. Another innovative area that OBE invested was MIM technology. The “Metal Injection Moulding” technology was used as one of the first component manufacturers in order to produce complex metal parts in different areas. This process was trademarked in 2002 under MIM Plus®. A joint venture with the name GLOBE Precision Ltd. was also founded in November 2002 together with a Taiwanese company in Shenzhen. 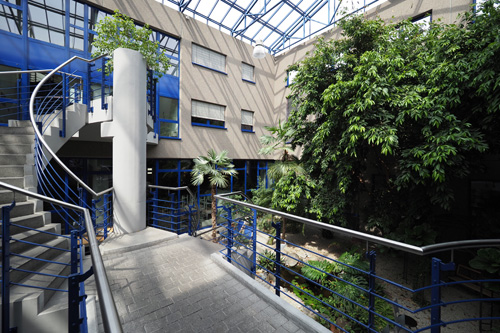 In 2005 our flexUno spring hinge concept was introduced into the market. This successful product concept was implemented in a variety of hinges. The robust construction eliminates nearly completely the rocking of the temples. 2007 OBE celebrated the 10th anniversary of its designer workshop. This annual meeting of designers and developers has become through the years an important event in the German optical industry. In 2016 OBE was named as best resource-efficient company and earned a place on the list of 100 companies for resource efficiency. This award honors the sustainable company policy regarding the protection of environment and the saving of resources. In the same year OBE took over completely the Joint Venture GLOBE in China. Thus we can provide a wider range of hinges in the Asian market.

Outlook - Looking forward to the Future 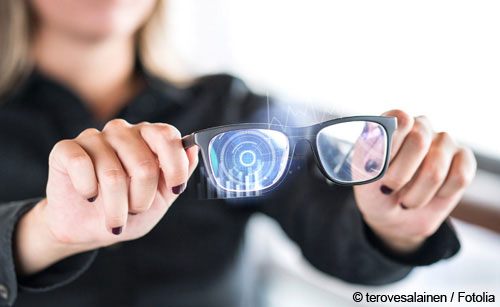 At the beginning of 2019 the two divisions die OBE GmbH & Co. KG and MIMplus Technologies GmbH & Co. KG were founded as independent companies to increase their focus on different industries. The new structure offers for both companies perfect conditions for a further development at the location of Ispringen. In the field of optics, alongside further development of the company’s core business, the new structure will allow us to expand our activities in the growing market for smart glasses. In the field of MIM, we are now ready to bring some of our fundamental developments to the series production stage for worldwide marketing. The new corporate structure will also lay the foundations for cooperation arrangements and the expansion of additional business divisions under the umbrella of the holding company. All these different periods since the founding of OBE in 1904 illustrate the possibility to adjust to always changing conditions. And we would like to retain this motion in the future. Keeping moving but also building on fixed basic values – this is our secret of success, in order to be able to react openly and dynamically and thus be able to master these challenges in the future.
No Internet Connection